Here's another one of my favorite illustrators (http://www.paulozelinsky.com/rumpelstiltskin.html). These samples obviously owe a great deal to the Italian Renaissance. Zelinsky has many different styles, but this one is my favorite. Because that's the way I am… 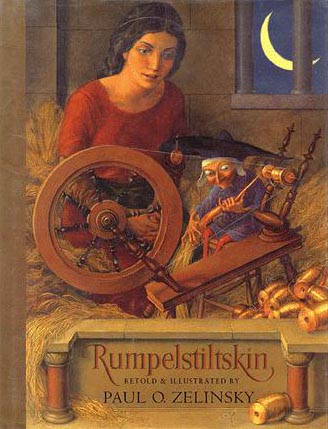 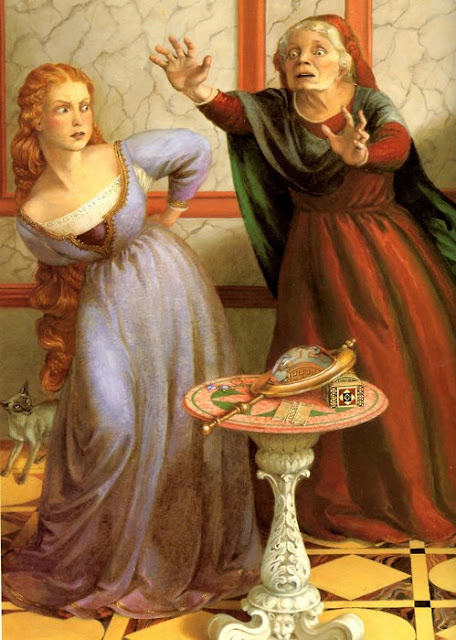 Posted by Rob Cheney at 3:39 PM No comments:

Email ThisBlogThis!Share to TwitterShare to FacebookShare to Pinterest
Another one I love is Fred Marcellino. Unfortunately, it is way too difficult to find a single website where you can check out all his work up close. His book 'Ouch!', a retelling of a Grimm fairytale, was my first experience with him. I found it captivating, for the storytelling as well as the artwork.

Here are a few of his works: http://www.pulcinellapress.com/about_fred_marcellino.php. But it's better to just go to a library and check out some of his books. He was a fantastic illustrator. 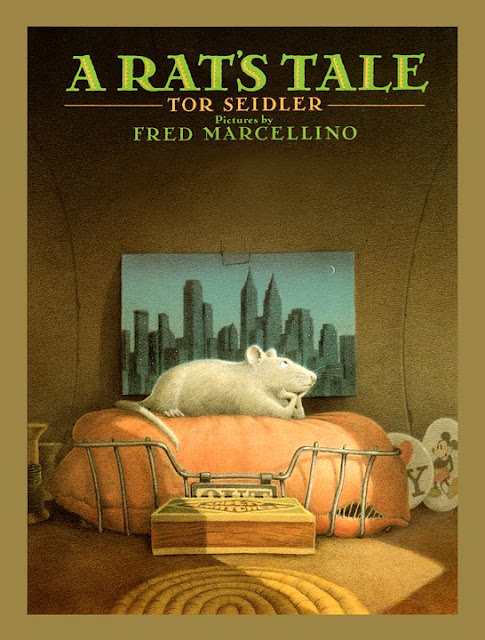 Posted by Rob Cheney at 3:21 PM No comments:

Email ThisBlogThis!Share to TwitterShare to FacebookShare to Pinterest
Now I want to talk about some other artists. Like all artists blogs, I want to recognize amazing artists when I come across them. The on I am referring to right now is named Eliza Wheeler (http://wheelerstudio.com/artwork/).  Her work is very different from mine, obviously. I am sort of an old-school teeny-brush oil painter. I like to labor over every square inch of the painting till it's as close to perfect as I can get it. She is very whimsical, and conceptually very strong. Very, very gifted young artist.

I love this illustration of hers: 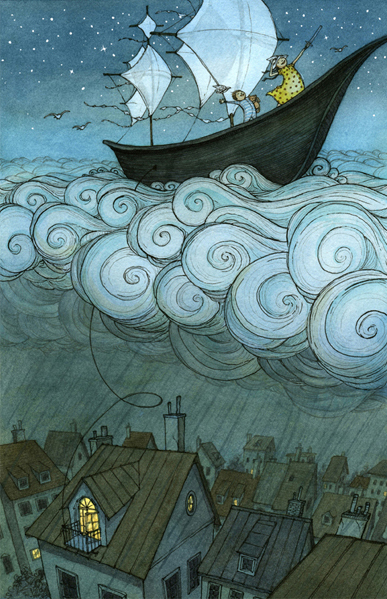 There's something about the sort of exaggerated three-point perspective in the lower part of this illustration that really turbocharges the layout. And the characters in the boat, so close to the edge, charge right out of the picture, taking you with them to who knows where…

She's getting work and winning awards, and deserves it.
Posted by Rob Cheney at 2:55 PM No comments:

Email ThisBlogThis!Share to TwitterShare to FacebookShare to Pinterest
Here's some published work I did. Thought I would include this on my blog, because I read somewhere that it's important to show that you've been published. These were fun. This one was or Charlotte Magazine. 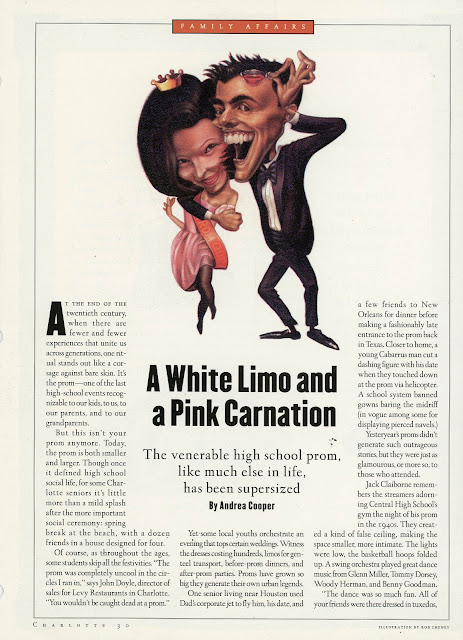 And these next two were for Tabletalk Magazine: 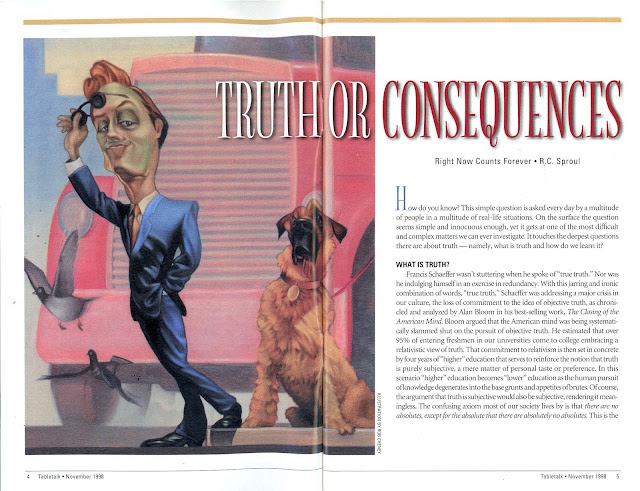 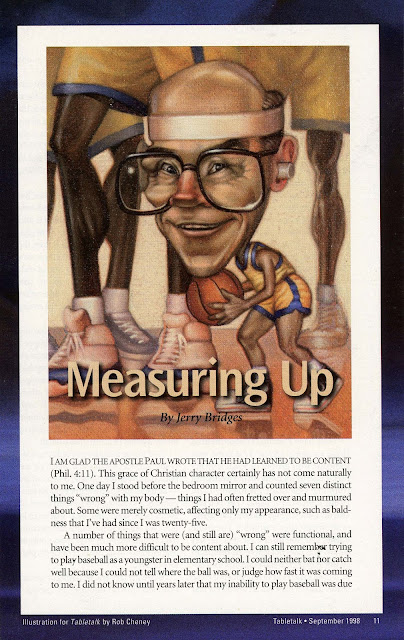 And this one is for Compass Food Group. Scratchboard. Boy, this one was a WHOLE lot quicker than the oil paintings were! 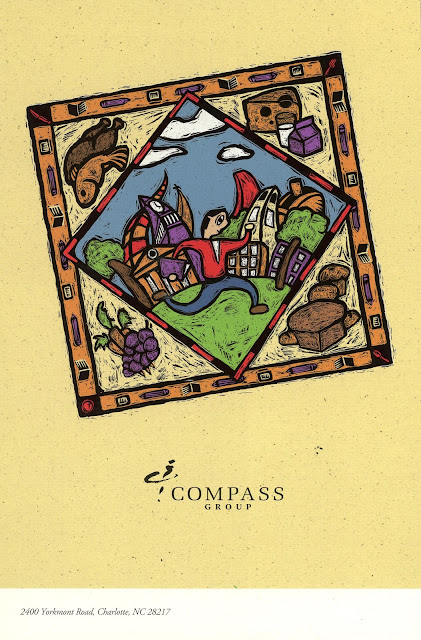 And here is the most recent piece. It was done in scratchboard and Photoshop. The client is the Billy Graham Evangelistic Association. 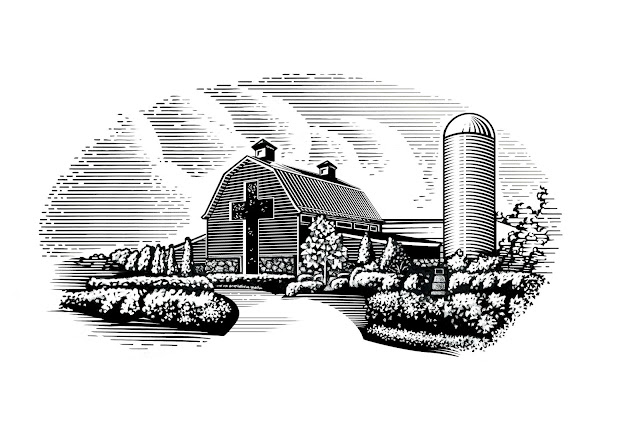 Posted by Rob Cheney at 1:11 PM No comments: 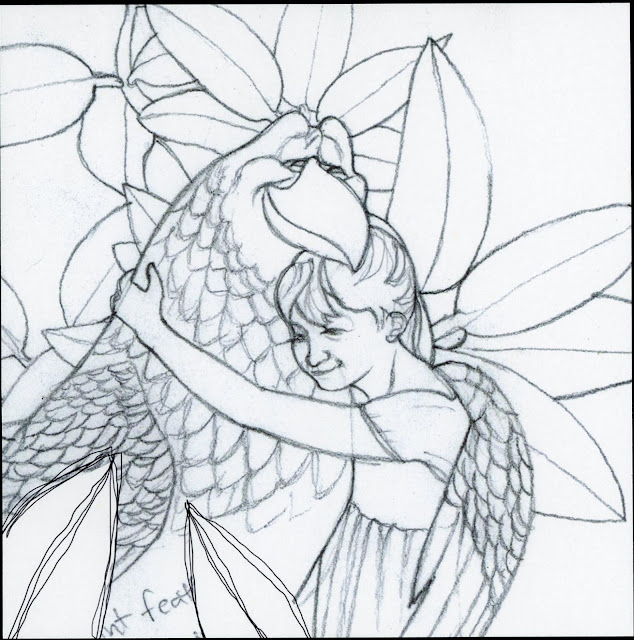 This will be the third in the series with the young girls and the raven. In contrast to the other two (which you can see below), this one is simpler, and obviously a closeup. I want this one to be an emotional piece, rather than a sweeping landscape. It's solely about the relationship between the two characters, rather than their relation to some larger story. Even if you don't know what the story is! Lighting will be less important, because I don't want it to compete for attention with the expressions on the two faces.
Posted by Rob Cheney at 12:59 PM No comments: 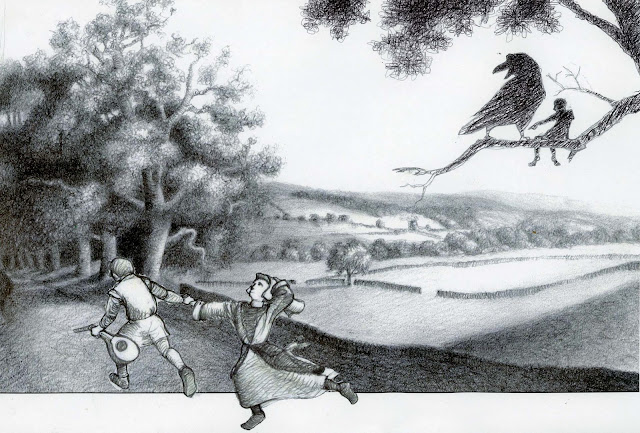 This is the latest piece which will join my new portfolio. It is the second in a series involving two adolescent girls and their friend, a talking raven. The first piece in the series can be seen below.

My goal was to create young characters and try to sort of bring them to life in a series of pictures that would look like a developed story even if there isn't one-yet. Here I have injected them into an old German fairytale about a very spoiled princess who is too good for everybody. She ends up being married off to a pauper as a result of her nasty attitude, and what ensues is a nice tale of redemption. I have reduced the raven and (one of) the girls in this picture to mere observers. But they will add a touch of humor because of their expression, thereby making the viewer realize it's a lighthearted piece. They also anchor the composition.

I would really love to create a number of works that recall old fantasy and fairytales, in a style that hints at the renaissance and baroque periods of art. Like Paul Zelinsky does here http://www.paulozelinsky.com/rapunzel.html. Except I prefer northern European artists, rather than the Italian artists that he emulates (and very well!). More like Breughel http://en.wikipedia.org/wiki/Pieter_Bruegel_the_Elder.

I want to consciously bend my style in that direction. I have always loved Breughel particularly, and I think it is a perfect fit, stylistically, for these types of paintings I want to complete.
Posted by Rob Cheney at 12:40 PM No comments: 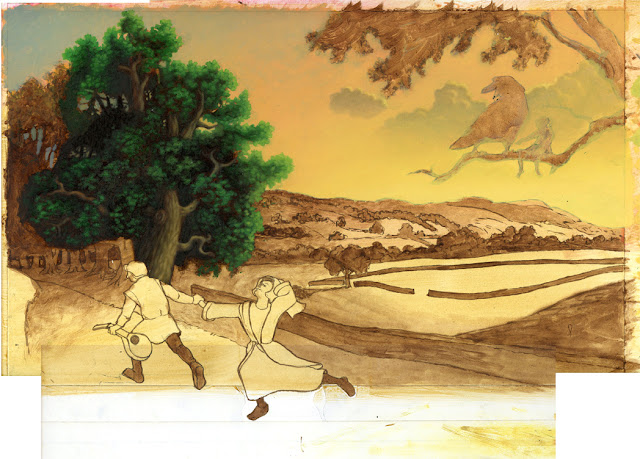 This is the final art, in progress. I started painting back-to-front, with the sky. I will employ an overall palette of golds and greens, predominantly. The light is going to be late afternoon. The raven and girl in the foreground on the branch will be mostly just silhouettes, with minimal detail, except for maybe a little warm highlighting as the gold light refracts around thier forms. They will just sort of frame the scene.
Posted by Rob Cheney at 12:18 PM No comments: 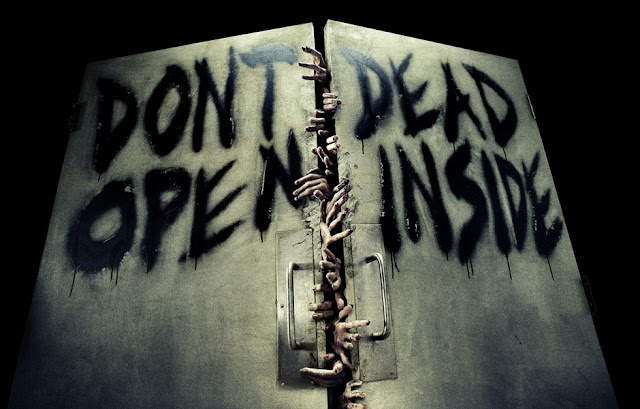 Let me start by saying that I don't even have cable TV. It's strictly rabbit ears at my house. I don't know what DVR is. Seriously.

But I overheard a family member talking about "The Walking Dead" recently, so I went online to see if there was anywhere I could watch it. You see, the plot sounded intriguing. Years ago, I watched all those zombie takeover flicks like Night of the Living Dead, Day of the Dead, Return of the Living Dead, etc. And while those movies were pretty cheesy by modern standards, the plot behind them always fascinated me. Simple, frightening, and inescapable. I mean, vampires and werewolves are bad news, but you can generally avoid them if you use a little common sense. You just wait for some poor, dumb, heroic individual to jump in with a wooden stake and take care of business for you. Problem solved.  But what do you do in a scenario where you are outnumbered 400,000-to-1 by slow, dumb cannibals who have no self-preservation instinct? I mean, you can't keep them at bay by waving a gun at them. Even Dracula wets himself if you're packing a crucifix.

So, needless to say, I got hooked. I'm not proud of it, but there you are. I am all caught up through season three. And I have to say that the plot is pretty much identical to Romero's old "NOTLD" trilogy. But the characters are WAY more developed. It's quite engrossing. And while most of them are varying degrees of annoying, they definitely pull you in. Because even annoying characters can be interesting.